New research about the risks of prolonged exposure to per- and polyfluoroalkyl substances (PFAS) continues to emerge. Water regulators worldwide are working diligently to devise guidelines to help utilities protect their customers and communities from the PFAS threat. And inventors and engineers are devising technologies that can remove PFAS from water and/or destroy these “forever” compounds. The landscape for new products targeting PFAS is experiencing an unprecedented boom as veteran equipment manufacturers and hungry startups alike race to meet a growing demand. Likewise, drinking water and wastewater utilities are working proactively to build new facilities founded on these emerging technologies that will enable them to stay ahead of future PFAS regulations and better protect their communities.

EPA acknowledges, however, that each of these approaches requires significant investment in infrastructure and reagents to carry out at the municipal scale. This often renders the technologies prohibitively expensive for all but large, well-funded organizations.

At the same time, EPA is preparing to introduce stringent new limits on several classes of PFAS. If the interim limits are introduced in June 2022 are finalized, they would require drinking water utilities to reduce these chemicals to parts-per-trillion levels.

One of many equipment manufacturers attempting to fill the need for cost-effective PFAS solutions is BioLargo Inc. (Westminster, California). The company, which has developed innovations for several segments of the water sector since its establishment in 1989, recently introduced its Aqueous Electrostatic Concentrator (AEC) technology.

With a twist on high-pressure membrane systems, an AEC uses an electrostatic field to concentrate PFAS for simple removal. The AEC is intended to integrate with existing treatment processes at both drinking water and wastewater treatment facilities. It consists of a specialized chamber that takes advantage of PFAS’ generally low electrical charge to force it to migrate onto a proprietary membrane system, described Tonya Chandler, Director of Commercialization for BioLargo.

“This process has been proven to work against all PFAS we’ve tested it against, including short chain and long chain,” Chandler said, adding that users can achieve different treatment goals by manipulating the electrostatic field’s voltage or the residence time of the pollutants. “As a result, we’ve achieved non-detect treatment levels against a wide variety of PFAS molecules. The other great thing about our technology is that, unlike carbon filtration or ion exchange, we don’t need to use such huge volumes of physical media to achieve such low target levels.”

Testing demonstrates that the AEC is highly cost-effective moving more than 99% of PFAS from drinking water, wastewater, and groundwater streams at energy costs as low as USD $0.30 per 3,785 L (1,000 gal). BioLargo is currently pursuing pilot-scale AEC installations in partnership with various utilities around the U.S., Chandler said. They have an eye toward full-scale commercial installations soon.

While PFAS separation is a critical step in the treatment process, demand is also high for technologies that can reliably destroy the ultra-durable chemicals. Claros Technologies (Minneapolis, Minnesota), an advanced materials company founded in 2018, is working to fill this gap in the market. Its platform, called Elemental, destroys 97% to 100% of short- and long-chain PFAS in wastewater in less than 3 hours.

Claros Technologies Lead Analytical Chemist Beryl Xia described the technology’s key process: defluorination. During defluorination a proprietary media breaks down PFAS’ carbon-fluorine bonds at ambient temperatures and pressures, transforming the pollutants into free fluoride and basic alkyl substances. Although the defluorination concept in itself is not new, Xia said, Elemental’s unique variation on the approach has proven effective in completely eliminating a range of more than 40 PFAS rather than simply degrading them into derivative substances that may pose similar threats to their precursors.

This technology is in its final stages of development and has not yet been integrated into wastewater treatment facilities. In testing, it achieves its best results alongside other technologies that first separate PFAS from water streams, Xia said.

Another Claros product — ClaroSafe PFAS — is one such technology. This filtration-based approach uses a proprietary sorbent to isolate short- and long-chain PFAS from complex wastewater streams before concentrating the tiny particles into dense, compact pieces that can then be fed into Elemental for destruction. In laboratory tests, filters used in the ClaroSafe approach retained up to 30 times more PFAS than those used in conventional granular activated carbon processes before requiring replacement.

“One of the biggest challenges today with PFAS destruction technologies is applying these processes at an appreciable scale for water treatment,” Xia said. “By using the ClaroSafe media to capture and concentrate, we can effectively remove PFAS compounds from hundreds of thousands of gallons of water and create very small treatable volumes for destruction, effectively closing the gap between our destruction technique and the needs of the industry.”

Asked about their outlook on the future of the water sector’s battle with PFAS, Chandler and Xia both acknowledged significant challenges ahead. They also expressed confidence that technological innovation will make a crucial difference.

For one, Xia described that the regulatory limits EPA appears poised to impose on several types of PFAS will be stringent enough that most utilities will not only struggle to achieve them, but even struggle to test whether their approaches are working well enough.

“Existing standard analytical methods have a detection limit of single-digit parts per trillion and hundreds of sub-parts per trillion, which is significantly higher than the advisory levels,” Xia said. “It is challenging to push the methods to meet the advisory level and will require a significant investment of human resources, time, and capital equipment. With that kind of request of investment, the price tag for the test will be out of reach for many people.”

“With the health advisories being so stringent, there are few technologies that can meet those target levels easily or without enormous cost,” agreed Chandler. “We would expect those advisories are going to be at a slightly higher level given how unfeasible the interim health advisories are as treatment targets, as well as pushback by industry stakeholders.”

Chandler explained that despite the urgency of the PFAS crisis and the significant attention it has received, new PFAS technologies are not immune to the hurdles any new technology faces. These not only include convincing customers that a particular product is the right solution for their unique needs, but also establishing the distribution network necessary to bring the product where it is needed.

“The market tends to be risk-averse in the face of new and innovative technologies that function in a vastly different way than the incumbent solutions, so there is always some inertia that innovators have to overcome before they see early adoption translate into wider adoption,” she said.

For some water suppliers, the extent of the PFAS problem has become so dire that waiting for new technologies and regulations to emerge is simply unfeasible. Perhaps the most notable example is Southern California’s Orange County Water District (OCWD; Fountain Valley), which manages groundwater resources for 19 California cities — the primary water supply for approximately 2.5 million people.

In response to strengthening advisory limits on PFAS in drinking water set by California’s state environmental regulator, over the past few years, OCWD has gradually taken more and more of its groundwater wells out of service to minimize its customers’ exposure risks. At one point, OCWD’s annual groundwater production had declined by roughly 33%. This forced the organization to rely on costly surface water imports to make up the shortfall.

OCWD searched for the most cost-effective solution available at the time to restore the affected wells. In December 2019, OCWD launched a pilot project to rapidly test 14 PFAS treatment technologies. The district identified ion-exchange strategies as the best fit for their circumstances and immediately developed plans to build 36 new PFAS-oriented treatment facilities throughout its service area by 2025.

Under these plans, OCWD is covering 100% of the initial design and construction costs for each facility and will split ongoing operations and maintenance costs with the individual municipalities that will manage them, OCWD Executive Director of Water Quality and Technical Resources told WE&T in August.

At press time, eight of these new facilities were already online, with construction underway on several more. Among them is the Yorba Linda Water District PFAS Treatment Plant in Placentia, California; it is currently the largest treatment facility in the U.S. utilizing ion exchange technology. The facility, which aims to rehabilitate nine PFAS-affected groundwater wells, has a 94-million-L/d (25-mgd) capacity.

Relief Through Prosecution While

While OCWD is battling PFAS with new infrastructure, its legal team is also working to represent the broader water sector in the struggle to apply EPA’s “polluter-pays principle.” In December 2020, OCWD and 10 water agencies in its service area filed a lawsuit against major manufacturers of PFAS-containing products. The lawsuit is an attempt to recoup the more than USD $1 billion in expenses OCWD expects to incur over 30 years associated with new treatment facilities and water imports.

Since the case’s introduction, it has been elevated from the Orange County Superior Court System to the California Central District Court to the federal jurisdiction. At press time, the case was still awaiting a court date.

“OCWD believes and has advocated that all PFAS-related legislation and rulemaking must exempt water and wastewater agencies from any liability for PFAS clean-up costs,” Dadakis said. “A water utility that complies with applicable and appropriate federal management and treatment standards must not be responsible for current and future costs associated with PFAS cleanup.”

“When found at concerning levels, utilities require financial assistance to remove PFAS because treatment is extremely expensive,” Marlowe writes. “If polluters aren’t held to account — and they rarely are — the cleanup cost is passed to water customers, some of whom can least afford bigger bills. What we really need is an intensified focus on stopping sources of PFAS contamination. After all, if your bathtub was overflowing, you wouldn’t start bailing it out with a bucket.”

Justin Jacques is the Departments Editor of WE&T.  He can be reached at jjacques@wef.org 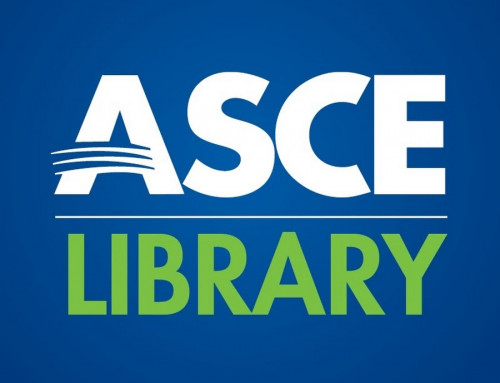